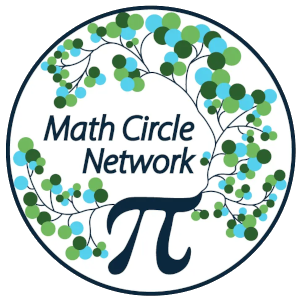 The Math Circle Network provides support for new and existing Math Circles. The Riverbend Community Math Center is a founding member of this organization (formerly known as the National Association of Math Circles). During April of 2009, we collaborated with MSRI to organize a Great Circles conference on Math Circles. Since that time, we have been involved annually in organizing and leading sessions at Math Circle sessions at the Joint Mathematics Meetings and at Math Fest. We have also co-organized and assisted with many Circle on the Road events around the country, including co-organizing a virtual Circle on the Road during July of 2021.

This work placed into the public domain by the Riverbend Community Math Center.